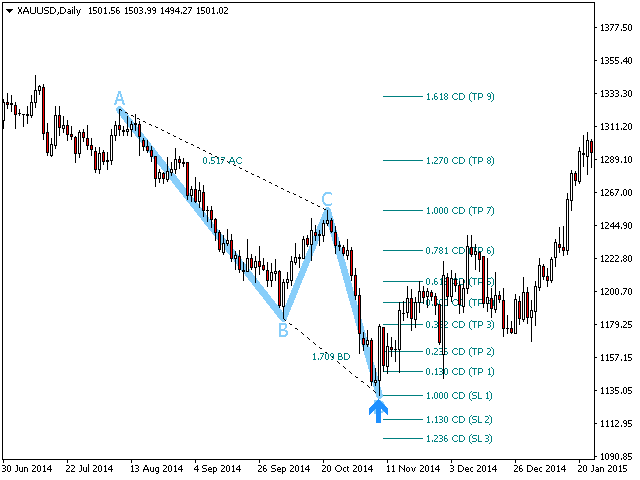 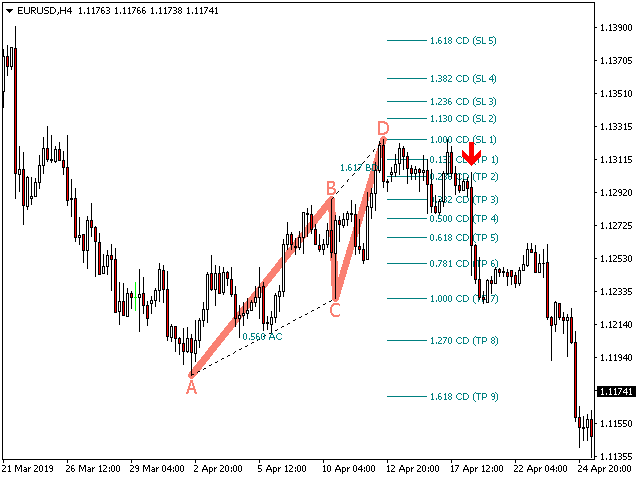 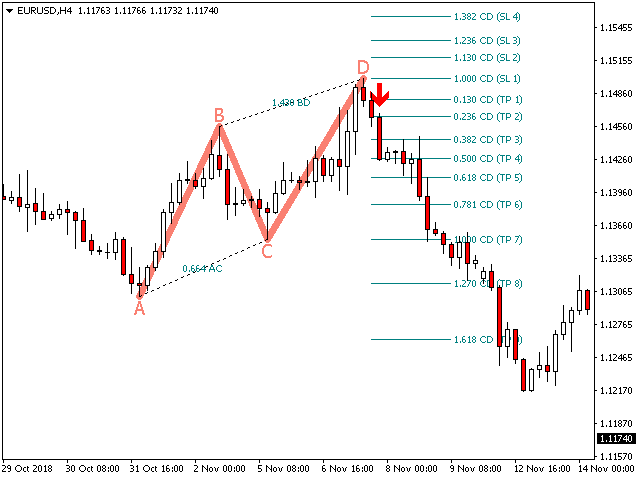 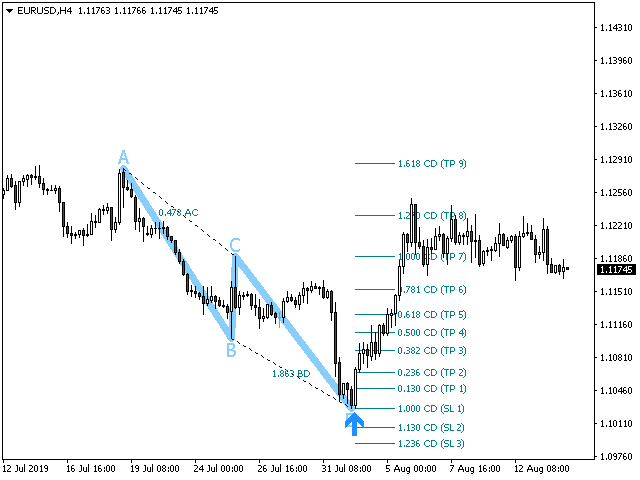 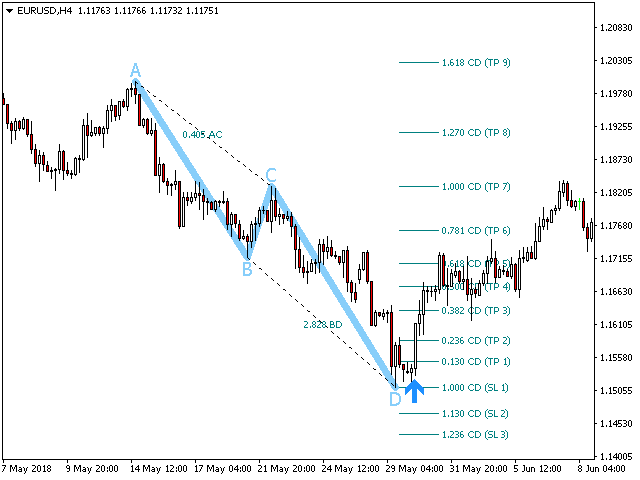 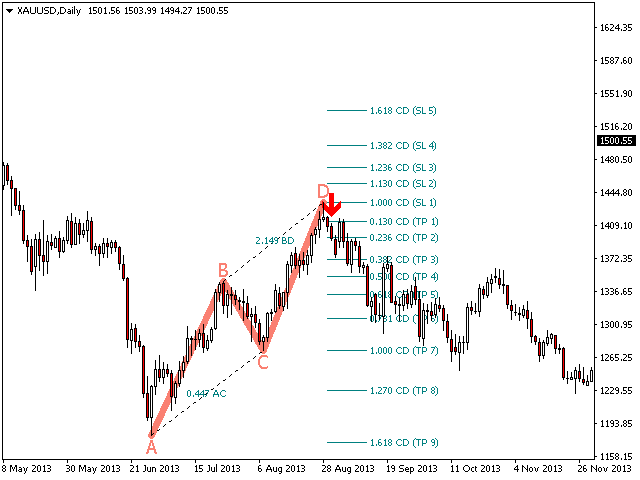 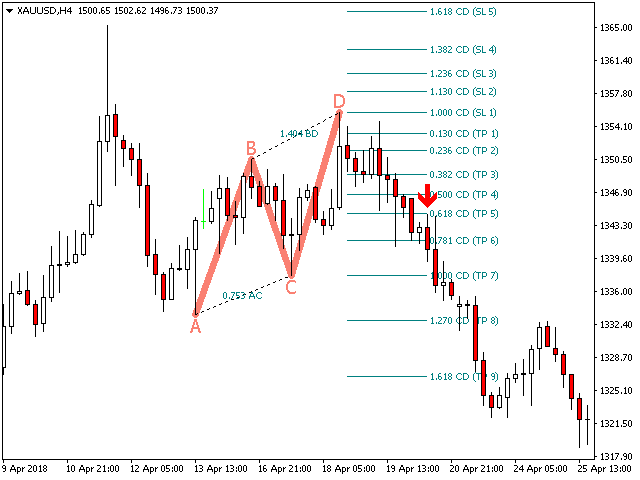 This indicator detects fibonacci price patterns and offers a multi-symbol and multi-timeframe scanner.